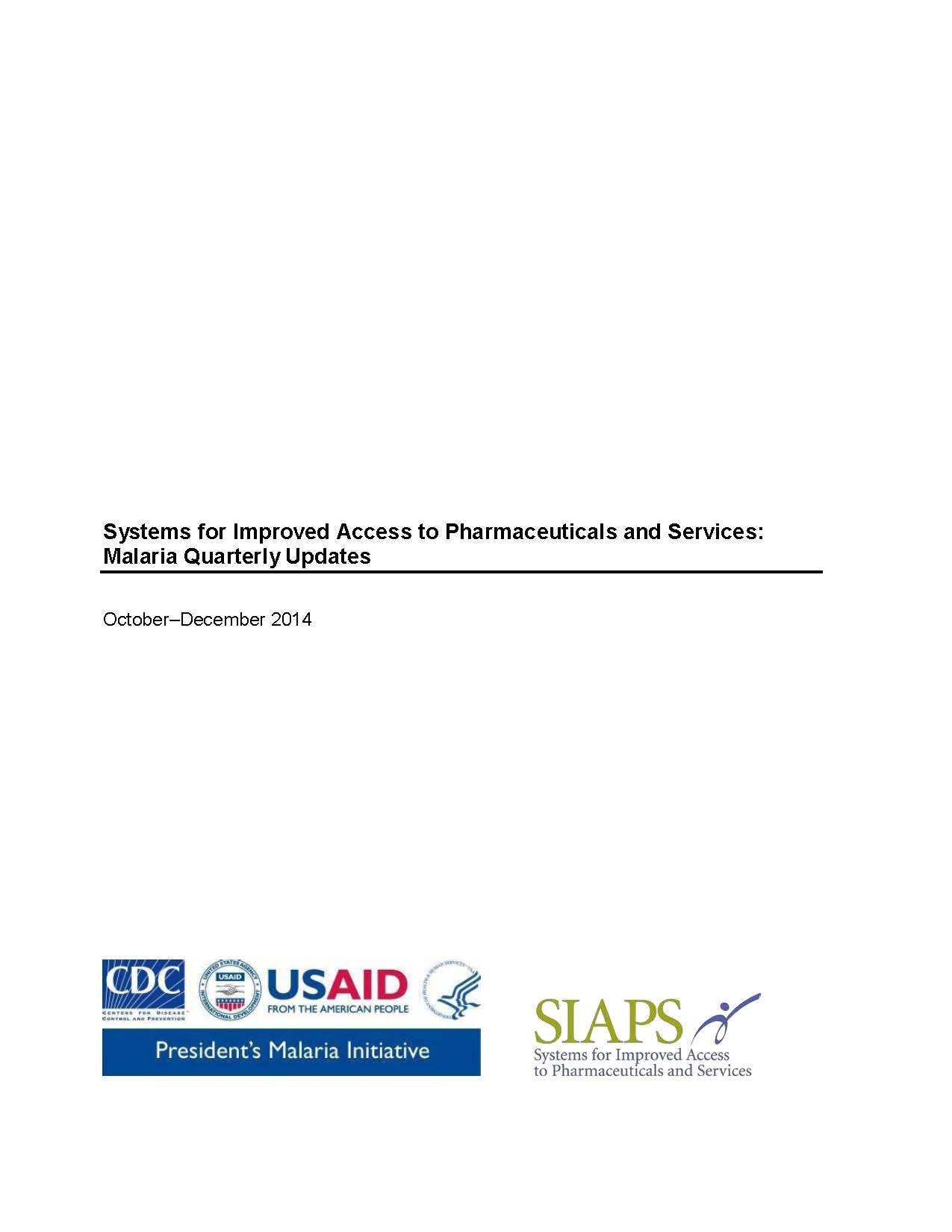 According to the 2013 World Malaria Report,1 malaria incidence was reduced by about 31% and mortality rates by 49%in the World Health Organization (WHO) African Region between 2000 and 2012. These substantial reductions occurred as a result of a major scale-up of vector control interventions, diagnostic testing, and treatment with artemisinin-based combination therapies (ACTs). However, much remains to be done. The disease still took an estimated 627,000 lives in 2012,2 mostly children under five years of age in Africa.

Working closely with the President’s Malaria Initiative (PMI) both in Washington and in PMI focus countries, the Systems for Improved Access to Pharmaceuticals and Services (SIAPS) Program aims to ensure the availability of quality pharmaceutical products and effective pharmaceutical services in support of PMI objectives. To this end, and based on PMI’s malaria program priorities, SIAPS endeavors to improve pharmaceutical governance, build capacity to manage malaria products while addressing the information needed for managing them, strengthen financing strategies and mechanisms to improve access to malaria medicines, and improve the quality of pharmaceutical services provided to malaria patients.

This report briefly describes the major activities that SIAPS conducted at the global level and in each of the above mentioned countries and regions between September and December 2014.