The Amazon Malaria Initiative (AMI) is an association of technical assistance organizations and Latin American and Caribbean countries financed by the US Agency for International Development (USAID) that supports the control and eventual elimination of malaria in the region. Since 2002, several projects implemented by Management Sciences for Health have been part of the initiative and have played an important role in introducing medicines combined with artemisinin after the documentation of P. falciparum resistance to chloroquine. SIAPS became an AMI partner in 2012.

Despite the complexities of supplying medicines in low-incidence situations, the SIAPS approach allows for a continuous supply of antimalarials. Availability in central stores has been above 80% since 2012.[2] Quarterly data recorded by the regional stock monitoring system show that in 2016, the availability of antimalarials in central and regional warehouses was 85%,[3] a significant improvement from the 79% reported in 2012.[4] In addition, the regional information system and special studies that have been carried out have identified persistent problems, and potential solutions have been proposed.

Immediate and direct consequences include organization of a regional pooled procurement scheme, led by the PAHO Strategic Fund, and the donation of medicines among AMI countries. On the basis of information provided by the regional stock monitoring system, as of December 2014, AMI countries with overstocks donated 2.4 million antimalarial units, valued at USD 95,000, to countries facing potential stock-outs.[5]

The introduction of these new therapeutic and epidemic control strategies has contributed to a reduction of nearly 70% in the incidence of the disease since 2000. At the beginning of 2016, 18 countries in the region had declared their intention to implement strategies to eliminate malaria.[6]

The transition from malaria control to elimination demands a regional approach to prevent outbreaks that originate in neighboring countries and to organize a coordinated operative response. The systemic approach applied by SIAPS allows the simultaneous implementation of different interventions that address the weaknesses of a particular country or the region as a whole.

The pharmaceutical management of antimalarials in low-incidence areas requires a different approach. SIAPS has developed methodologies and tools that have been successfully used in Latin America and could be adopted in other countries moving toward elimination.

Although occasional stock-outs have been recorded in the central stores, SIAPS interventions have prevented the effects from extending to health facilities and patients. The challenge for the coming years is to institutionalize the use of these tools so that timely treatment becomes the cornerstone of eliminating malaria in the region. 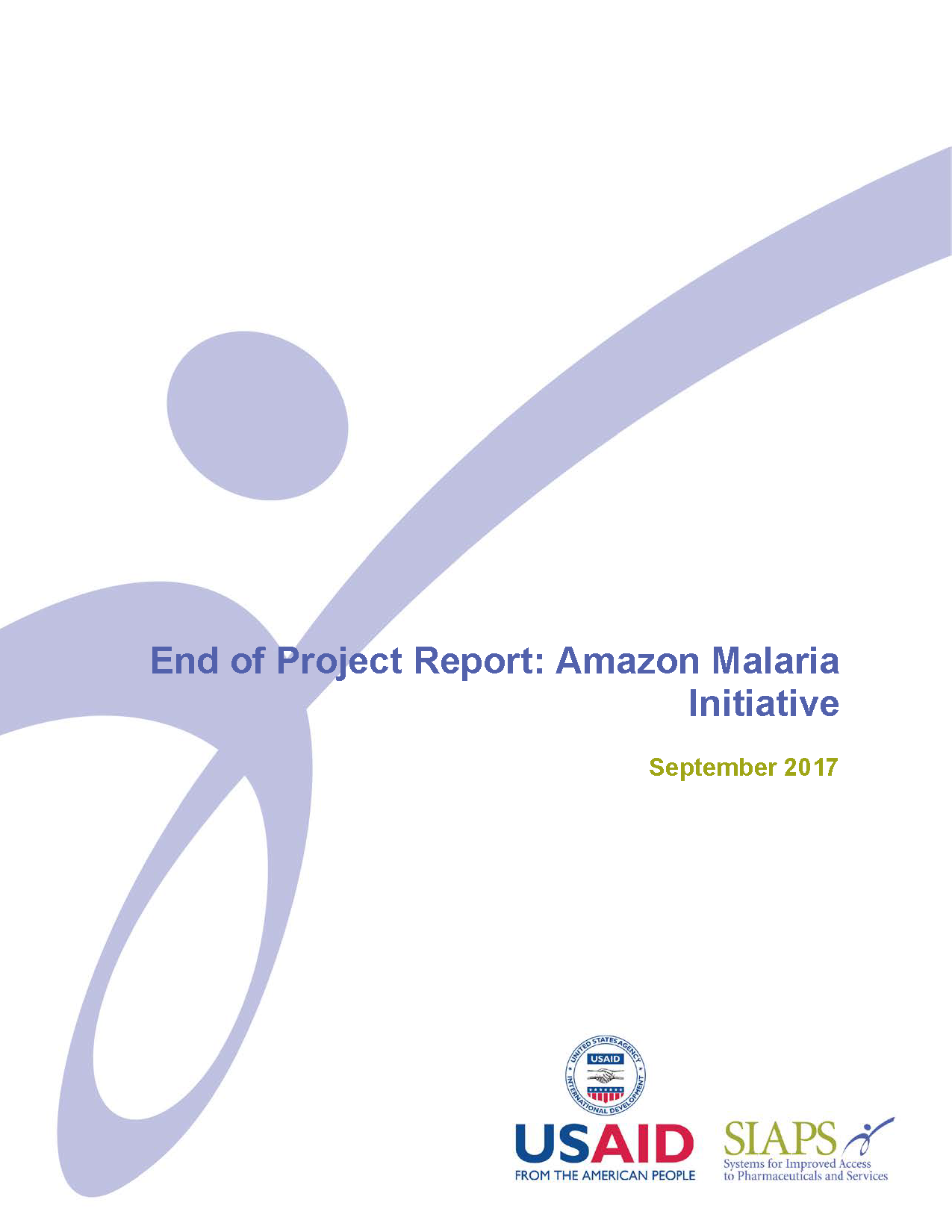