In response to the growing antimicrobial resistance (AMR) challenge, the USAID Bureau for the Latin America and Caribbean Region launched the South American Infectious Disease Initiative (SAIDI) in 2004, a subregional strategy for the Andean countries and Paraguay. The initiative’s general objective is to contain the emergence and spread of AMR by improving the availability and use of quality antimicrobials. SAIDI focuses on the rational use of antimicrobials and AMR control while also working to prevent the rise of multidrug-resistant tuberculosis.

Since its inception, SAIDI has made significant strides in fighting antimicrobial resistance including establishing and strengthening a network of Drug Information Centers, and creating and implementing communication campaigns targeting prescribers, dispensers, and patients in the region through SIAPS’ predecessor Strengthening Pharmaceutical Systems (SPS) Program .

Since 2010, SAIDI has been focusing on a 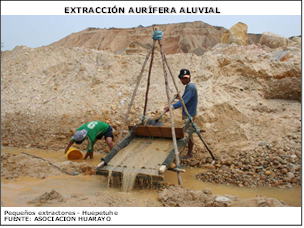 holistic and participatory approach in controlling multi-drug resistant tuberculosis (MDR-TB) in the Peruvian region of Madre de Dios. Located in the Amazon Basin, this region has the highest rates of MDR-TB in Peru. Artisanal gold miners living in temporary camps within remote areas who have no access to health services are the most vulnerable portion of the population.

During a March 2011 workshop, SPS agreed to conduct a study to determine the living and working conditions of vulnerable population living in Madre de Dios. Based on this alternative provision model, SIAPS is working on: