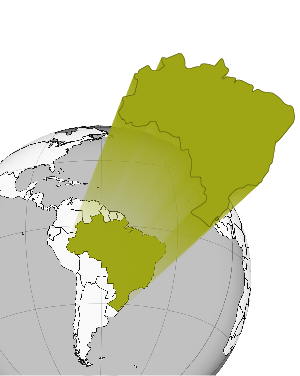 Brazil is among the top 20 countries globally in terms of TB burden.[i] TB is endemic in Brazil, with an average of 70,000 new cases and 4,000 deaths annually.[ii]

In 2003, Brazil made critical decisions regarding decentralization of MDR-TB treatment. Significant investments were made in information systems to track the program. The USAID-funded SPS program, implemented by Management Sciences for Health (MSH) and a predecessor to SIAPS, developed a web-based drug management information system to support MDR-TB surveillance, which was later named e-TB Manager. The experience in Brazil of using a web-based electronic tool to monitor commodities and patients enabled MSH to appreciate local contexts within developing settings and to share south-south technical assistance from Brazil with other countries. Using the cascade methodology, more than 8,000 health workers at all MDR-TB reference centers in all 27 states were trained. Under SIAPS, e-TB Manager was expanded to cover 138 MDR-TB centres and treatment units by 2012.

Based on experiences in Brazil, e-TB Manager has been improved and rolled out in Armenia, Azerbaijan, Bangladesh, Brazil, Cambodia, Indonesia, Namibia, Nigeria, Ukraine, Vietnam, and other countries around the globe. The use of e-TB Manager has contributed to improved access to critical data for decision making regarding the procurement and use of TB medicines.