Mozambique has a population of 27 million. Malaria, TB, and AIDS are among the common causes of death and illness in the country. Approximately six million cases of malaria are reported each year, and there is an estimated incidence rate of 431 cases of TB (all forms) per 100,000 people. An HIV seroprevalence of 16% places Mozambique 19th among the world’s 22 high-burden countries.[1] In 2006, an external evaluation of the pharmaceutical sector provided a clear assessment, and a roadmap to improve the pharmaceutical sector in Mozambique was developed. SIAPS supported the National Pharmacy Directorate (DNF) and the National Directorate of Medical Assistance to improve regulatory systems and appropriate medicine use.

SIAPS developed and implemented a Drug and Therapeutics Committee (DTC) orientation program that provided an overview of a DTC’s roles and responsibilities. SIAPS provided technical assistance and supported the Hospital Pharmacy Department (HPD) in overseeing activities of all DTCs to strengthen their capacity and operations at the central and provincial levels. The HPD conduct supportive supervisions for nine central and province hospitals. SIAPS also supported the design and piloting of SOPs for medicine use studies.

SIAPS supported the DNF to develop and institutionalize the NEML revision mechanism by following the standardized criteria, engaging stakeholders, and promoting ethical practices, leading to improve efficiency, transparency, and accountability in the medicines selection process. SIAPS built the technical expertise of Ministry of Health (MoH) staff and specialists by training them on the EML revision process to ensure a common understanding of the concept of an essential medicines program and the process of developing an EML; the concepts and evidence-based practices used in selecting medications for an EML; and conducting evidence-based medicine selection in accordance with WHO principles.

SIAPS supported the implementation of Pharmadex, which was customized to meet the country’s requirements, and 4,248 dossiers were processed and archived. SIAPS also provided support to build the DNF’s technical capacity for common technical documents.

SIAPS supported the DNF to establish an M&E system. Through a desk review of key documents and interviews with key personnel, and taking into account the perspective of WHO and SADC, a set of core performance indicators was selected and a performance monitoring plan, reports, and forums for reviewing data were developed. SIAPS organized a multisectoral workshop to build capacity and develop a clear path forward to foster evidence-based decision making at all levels in the department. Technical assistance was provided to perform a data quality assessment and improve the DNF databases, and the data quality assessment was extended to the province level.

SIAPS reviewed the current medicine pricing regulatory framework and enforcement capabilities and laid the groundwork for a sustainable and transparent regulatory system for improved access.

SIAPS collaborated with the DNF and other partners to implement a package of activities focused on improving awareness and understanding of AMR, including:

Through the implementation of Pharmadex, the average registration process (submission, screening, review, and final decision) decreased from 400 to 176 days.

The EML committee was institutionalized with defined roles and responsibilities and approved Terms of Reference for the selection committee. SIAPS has trained 75 MoH staff on the EML process. The DNF developed and institutionalized a system to regularly update of the EML based on international standards.

Fifteen journalists from local newspapers and radio and television stations were trained on AMR. Since the training, an AMR newspaper article reached an estimated 80,000 readers. Three live radio interviews on AMR were conducted, and a DNF website article on the training had nearly 25,000 views. At the end of the AMR workshop, data were compiled to develop guidelines to help universities develop a joint action plan based on the one-health approach; SIAPS will support the drafting of the guidelines.

The support to DTCs and the EML system has contributed to building individual and institutional capacity and sustainability of regulatory and rational use interventions in Mozambique. The medicine registration system has been streamlined with the implementation of Pharmadex. Strengthening DTCs, the EML, and medicines market authorization will contribute to the USG National Strategy and Action Plan for Combating Antibiotic-Resistant Bacteria, which aims to strengthen regulatory and supply chain systems that ensure the quality, safety, and efficacy of antibiotics used in low- and middle-income countries. 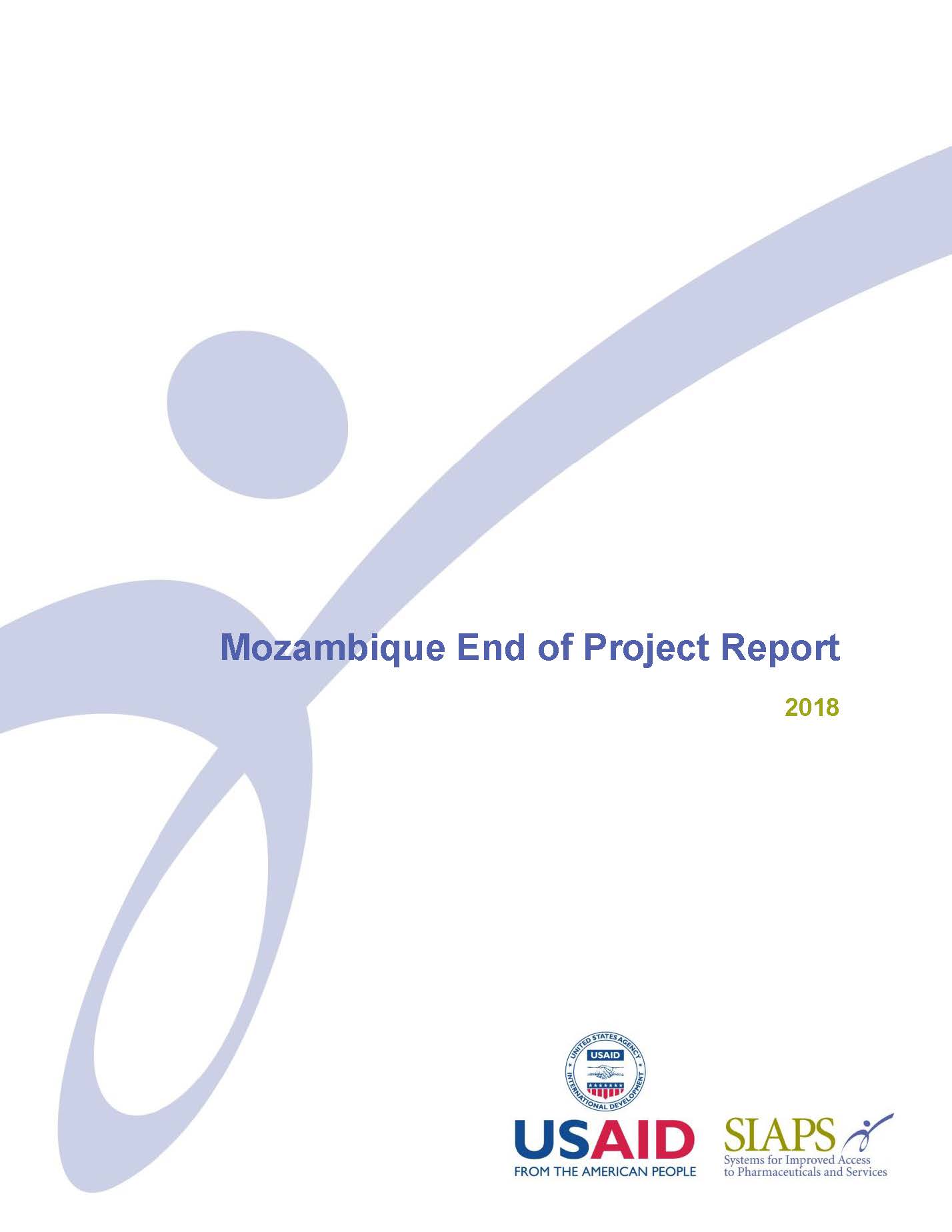