The USAID-funded SIAPS Program expanded its ongoing pharmaceutical sector strengthening interventions in Sierra Leone to include Drug and Therapeutics Committees (DTCs). DTCs were officially launched in the Connaught, Ola During Children’s, Makeni Government, and PCM hospitals at an event in March 2017 in Freetown. An additional 20 hospitals throughout the country are scheduled to implement … Read more 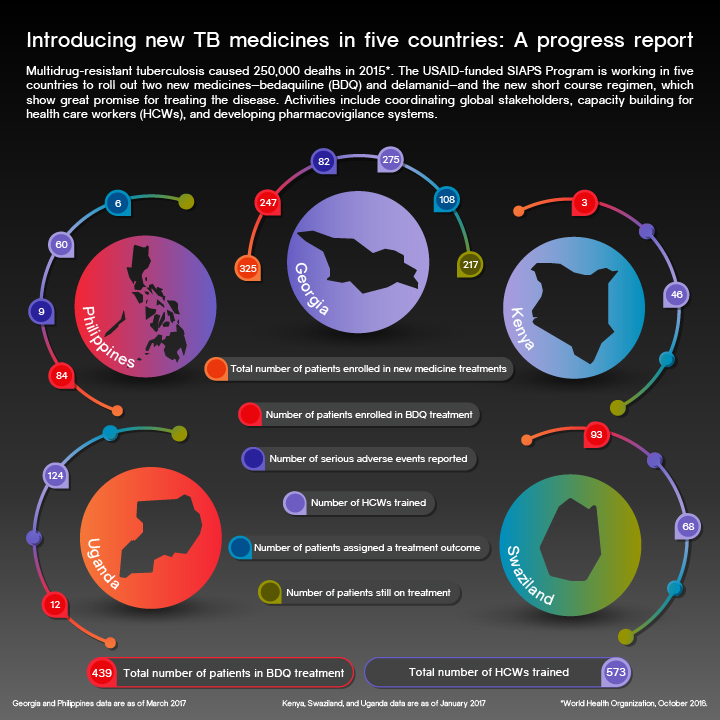 Tuberculosis is one of the world’s deadliest diseases, and multi-drug resistant TB has contributed significantly to the growing global threat of antimicrobial resistance. Yet in many of the countries most burdened by the disease, about half of those who have TB see private medicine vendors before any other health care professional. That can compound the … Read more

Delegates at the Ecumenical Pharmaceutical Network (EPN) Forum 2016, agreed upon and issued a Call to Action against antimicrobial resistance during the biannual meeting, held 18-21 May 2016, in Tubingen, Germany. EPN, a partner of the USAID-funded SIAPS Program, issued the renewed call to action with support from SIAPS and other partners. The Call to … Read more

The EPN Forum 2016, held 18-21 May 2016, in Tubingen, Germany, convened EPN constituents and stakeholders to intensify the network’s focus on major challenges in the pharmaceutical sector, including antimicrobial resistance (AMR). The forum was a chance for stakeholders to exchange ideas, share knowledge and best practices, and chart an effective course of action to … Read more

SIAPS-Swaziland Senior Technical Advisor Khontile Kunene was selected as a winner of the Mandela Washington Fellowship of the Young African Leaders Initiative – U.S. President Barack Obama’s initiative to invest in the next generation of African leaders. Starting this month, she will complete six weeks of leadership training and mentoring at one of 20 prestigious U.S. universities … Read more 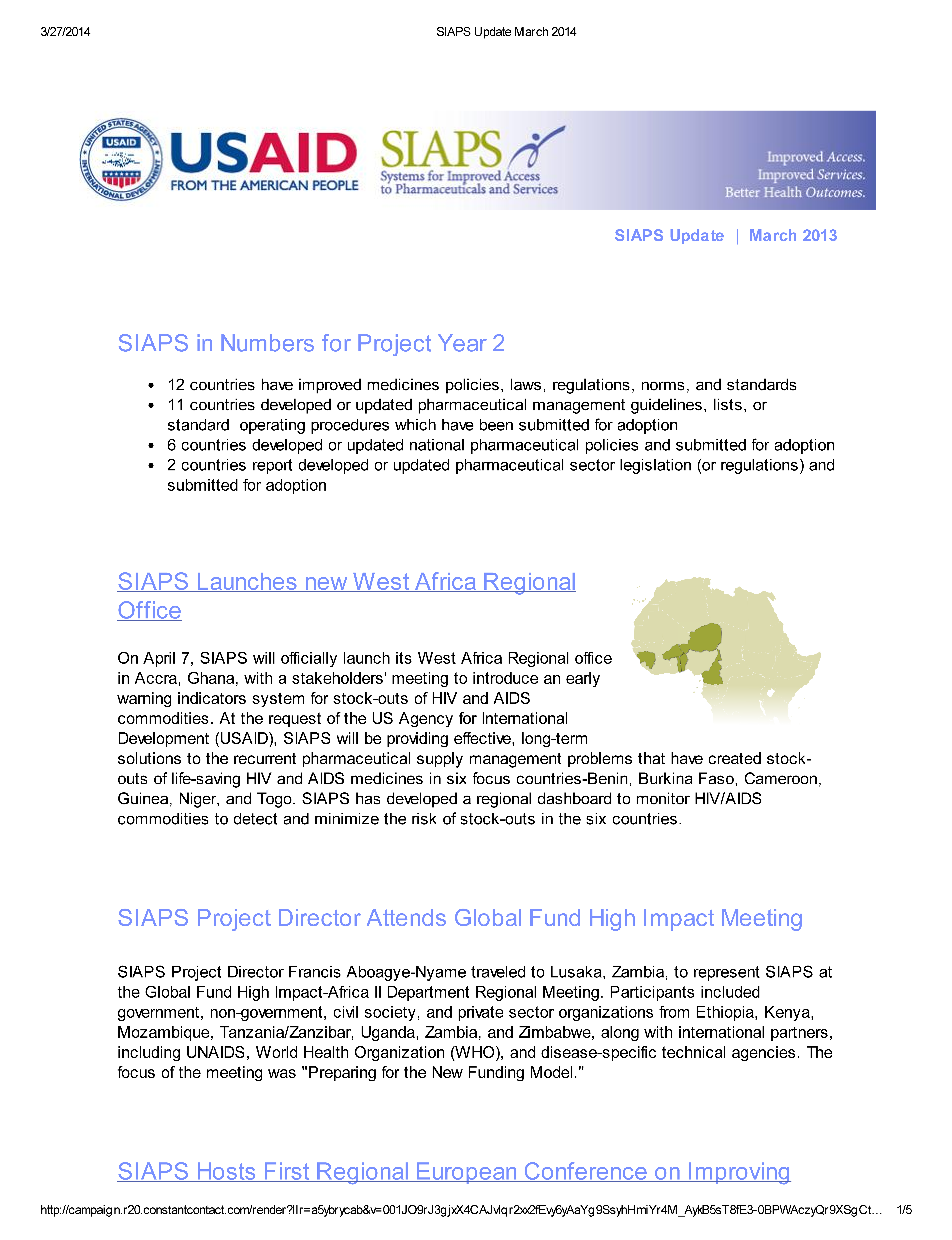 To learn more about what SIAPS has been doing to strengthen pharmaceutical systems and services globally, you can read all about it here in our most recent newsletter.