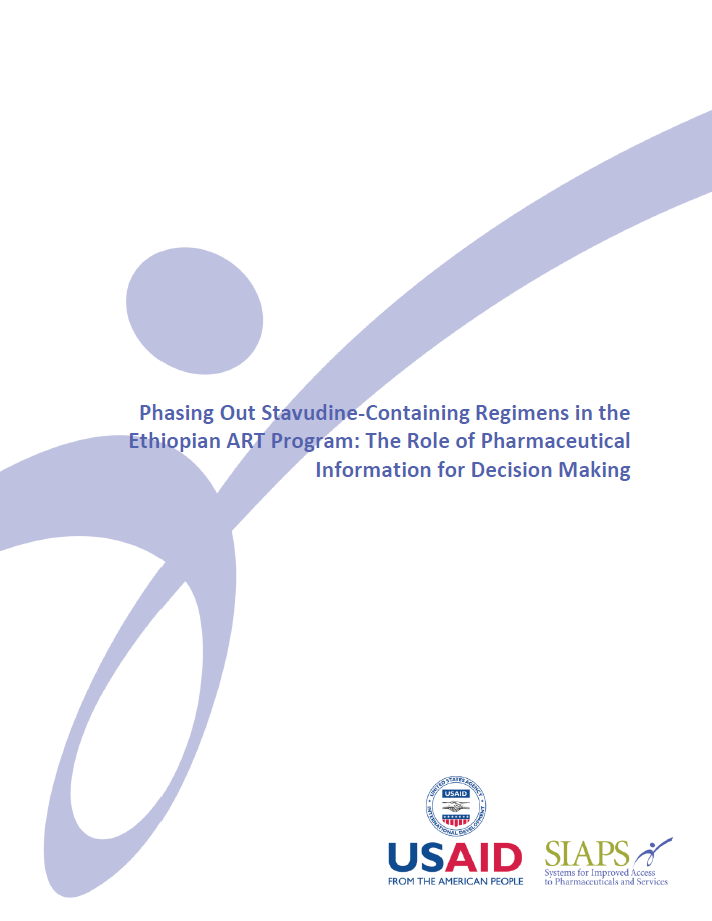 This was a descriptive retrospective study that used secondary data collected from ART service pharmacies’ routine reports. The reports contained the patient’s medication profiles on specific type of regimen. All first- and second-line regimens are captured by the reports. The study used data and reports from September 2012 to September 2014. About 205,832 patients were on ART by September 2012; this number increased to 269,779 at the end of September 2014 because of program expansion and increase in the uptake of patients into the ART program. The 2012 data were collected from 318 ART sites while the 2014 data were collected from 383 ART sites, the increase owing to ART program scale-up to new facilities. About 52.3% (200/383) of the sites used the electronic dispensing tool. The remaining facilities used standard manual formats to capture the medication profiles. Data obtained from the ART reports were entered into MS Excel. For descriptive statistics, percentages of patients on d4T-, ZDV-, and TDF- based regimens were calculated at two-month intervals covering the two-year study period. Then trends of regimen switch (from d4T- to ZDV- or TDF-based regimens) were analyzed by using tables and graphs. In addition, differences in trends between switches to ZDV- and TDF-containing regimens were assessed. Success was determined by the degree to which regimen switches were achieved in accordance with the plan without treatment interruptions.