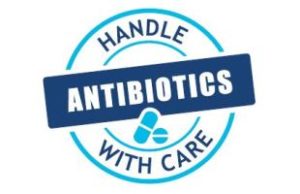 This week, the global health and development community is commemorating the first World Antibiotic Awareness Week. Spearheaded by the World Health Organization (WHO) to raise global awareness on the magnitude, reach, and severity of antibiotic resistance; the event comes at a time when  resistance to many antimicrobials, not just antibiotics, has now escalated to pandemic proportions and is a serious global health risk that requires urgent attention. WHO has produced several important documents to support AMR containment activities including the Global Action Plan, which along with the multi-country Global Health Security Agenda initiative, lays a path forward for containment.

Even though antimicrobial resistance (AMR) has gained traction at a global level, actions at the regional, national, and local levels are still limited, particularly in low- and middle-income countries. For example, only a few countries have comprehensive national plans against AMR and patients across the globe remain largely unaware of the actual danger AMR poses to global public health.

To address this gap, the USAID-funded SIAPS Program and its predecessor projects have worked with in-country stakeholders in Ethiopia, Namibia, South Africa, and Zambia to build capacity across multiple levels of the health system and raise widespread local awareness to help combat the threat of AMR. Collaborating with Ecumenical Pharmaceutical Network (EPN), a faith-based regional organization, we helped to catalyze AMR-related activities through the EPN’s constituencies in more than a dozen countries.

Working to jumpstart advocacy efforts and build coalitions against the common threat of AMR, we’ve worked with in-country stakeholders to identify and prioritize relevant and locally feasible actions to help combat AMR. For example, stakeholders in Zambia revised their medical curriculum to include AMR and rational medicine use topics, while in Ethiopia a journalist training program resulted in unprecedented media coverage on AMR from major local media outlets. In Namibia, AMR and rational use topics were incorporated into the training curricula for future pharmacists, and South Africa institutionalized infection control practices. Ethiopia and South Africa also developed national strategies to contain AMR.

SIAPS has also supported hospital-level stakeholder coalitions and collaboration to enhance antimicrobial stewardship including a multi-disciplinary local collaboration in three Jordanian hospitals that led to improved use of antibiotics for prophylaxis during cesarean sections.

Our work aims to strengthen the systems which support both access to medicines and the services through which they are provided. We recognize that AMR threatens these and many other related global health efforts, including those aimed at ending preventable child and maternal deaths and achieving an AIDS-free generation. To learn more about how we aim to help combat AMR throughout health systems, take a look at our resources below: