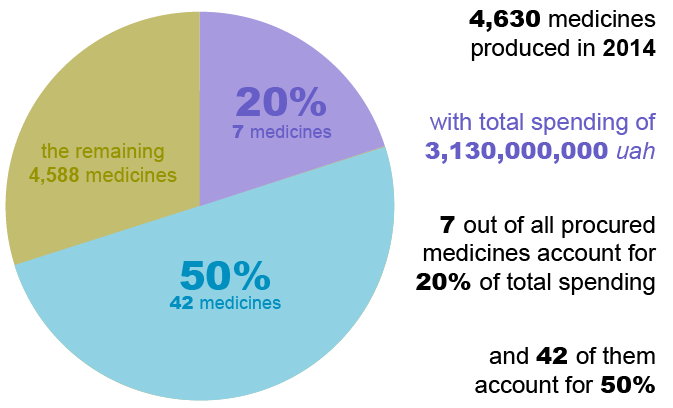 To be fully effective, health system strengthening projects should have sustainable impact and lay the groundwork for future progress. Here’s how SIAPS’ work supported health system reform in Ukraine.

SIAPS worked in Ukraine for four years, from 2013 through 2017. Ukraine has the most severe HIV epidemic in Eastern Europe and Central Asia and the second highest TB burden in Europe. Ukraine has the highest mortality rate from infectious diseases in the WHO/Euro region, with TB, HIV, and AIDS accounting for 90% of all deaths.

However, the country’s health system was poorly equipped to cope. Following the collapse of the Soviet Union, Ukraine inherited a centrally controlled health system that funded about half of health expenditures as of 2014. Out-of-pocket payments accounted for more than 46% of the rest, and a third of that was for medicines, which are expensive. That meant affordable medicines were out of reach for many people, as well as the medicines essential to treating these diseases.

SIAPS helped support health care progress through advocacy for the inclusion of pharmaceutical management as part of an overarching framework and by implementing the National Supply Chain Assessment in 2015.

Public procurement of medicines has been a major challenge in Ukraine. State procurements are vulnerable to duplication, inefficiency, and conflicts of interests due to multiple, non-harmonized lists. Having a rational procurement list is also key to appropriate, affordable treatment and services. An analysis of public procurement carried out by SIAPS in 2015 found that more than 4,630 medicines were procured with public funds in 2014, but only seven medicines accounted for 20% of the expenditure. Yet there was no rationalization as to why such a large percentage of resources was allocated to relatively few and expensive medicines over less expensive yet equally effective options. 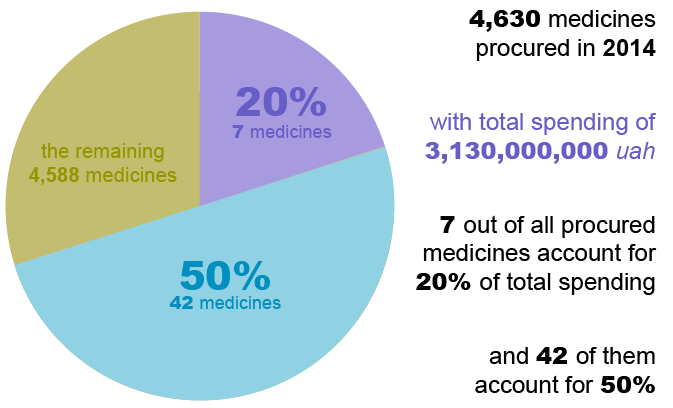 As a result, SIAPS helped establish the concept of an EML (essential medicines list) as a basis for procurement and helped establish an essential medicines list committee as a transparent way to procure drugs. The committee continues to be supported and trained in international best practices of health technology assessment and multicriteria decision analysis as the committee develops into an institutionalized, sustainable body. As a result, the government adopted a new national EML that took effect on July 1, 2017.

In Ukraine, patients currently can buy almost anything short of a narcotic over the counter, paying out of pocket. They’ll talk to their neighbors or search the Internet and go to the pharmacy and get what they think they need. In early 2017, the government decided to initiate a reimbursement program as a means to incentivize patients to seek primary health care. With SIAPS’ support, there is now a nascent government program for reimbursement of medicines, with financial support included in the state budget for 2018−2020. As of April 2017, the program covered 21 essential medicines (encompassing 157 brands) for cardiovascular disease, type 2 diabetes, and asthma. Of the 157 pharmaceutical products available in the program, 23 are free and the others have a small co-pay. According to the Ministry of Health (MOH), 4,715 pharmacies are currently participating in the program, and this number is growing as new contracts between pharmacies and regional budget holders are signed.

With the ending of SIAPS in 2017, the MOH and USAID saw the need for a project with a broad mandate to support the pharmaceutical access aspects of health care reform, and so awarded the new bilateral USAID-funded Safe, Affordable, and Effective Medications for Ukrainians (SAFEMed) Project, which Management Sciences for Health began implementing in October of 2017. While building on work SIAPS started, the new project aims to bolster pharmaceutical governance and financing; contribute to creating a longer-term plan for pharmaceutical financing; and strengthen rational pharmaceutical management and the pharmaceutical supply chain, ultimately leading to better availability—and use—of essential medicines.

To be successful, much of the work needs to happen simultaneously, which is why a comprehensive systems approach is needed. A pharmaceutical system isn’t a static entity; it comprises people and procedures as well as infrastructure, each of which has a critical role to play and supports the whole. To ensure that pharmaceutical systems strengthening work is sustainable over time, it’s important to make sure that every system component works optimally, from governance to medicines supply to local health facilities. For example, to put a reimbursement program into place, there needs to be a basic package of services. What that package comprises will be determined by treatment protocols, which is why the EML is so critical.

SAFEMed will be helping to establish a basic package of medicines that should be available to all patients, along with expanding the reimbursement program, to encourage people to enter the system via a primary health care provider, and hence to access quality-assured drugs that are used properly. The project will advise on management structures that ensure that established programs run smoothly and that progress endures. We’ll also be working on integrating pharmaceutical management components of electronic information systems as part of the MOH’s overarching eHealth initiative. We look forward to supporting Ukraine in these activities and more, as its government continues to make progress toward a more resilient, responsive pharmaceutical system—and improved health for its people.