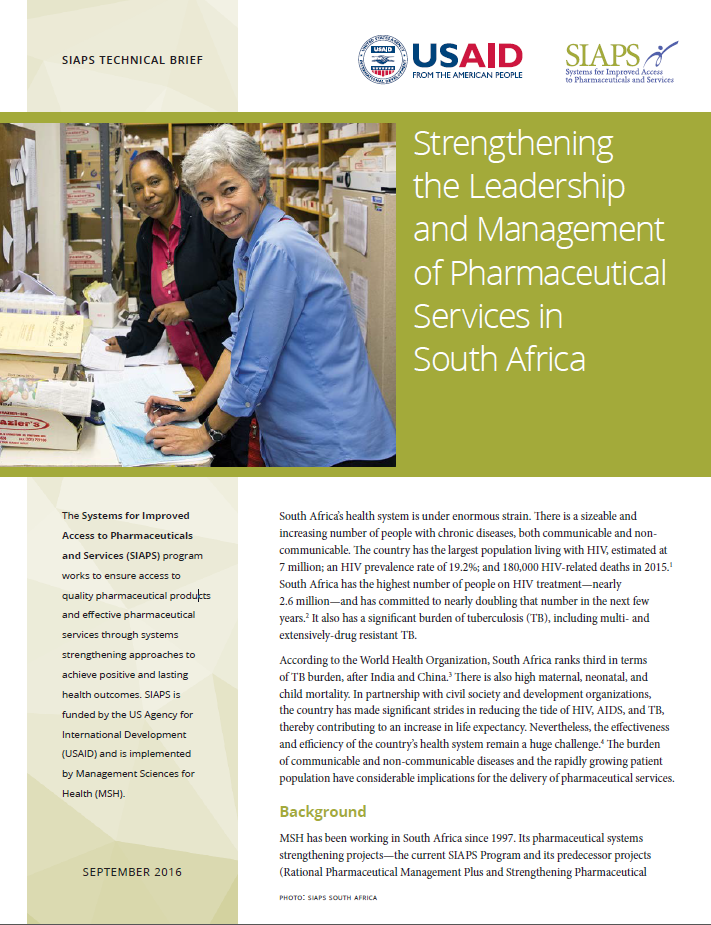 South Africa’s health system is under enormous strain. There is a sizeable and increasing number of people with chronic diseases, both communicable and noncommunicable. The country has the largest population living with HIV, estimated at 7 million; an HIV prevalence rate of 19.2%; and 180,000 HIV-related deaths in 2015. South Africa has the highest number of people on HIV treatment—nearly 2.6 million—and has committed to nearly doubling that number in the next few years. It also has a significant burden of tuberculosis (TB), including multi- and extensively-drug resistant TB.

According to the World Health Organization, South Africa ranks third in terms of TB burden, after India and China.3 There is also high maternal, neonatal, and child mortality. In partnership with civil society and development organizations, the country has made significant strides in reducing the tide of HIV, AIDS, and TB, thereby contributing to an increase in life expectancy. Nevertheless, the effectiveness and efficiency of the country’s health system remain a huge challenge. The burden of communicable and non-communicable diseases and the rapidly growing patient population have considerable implications for the delivery of pharmaceutical services.

Files for Download: Other Files:
←Strengthening Pharmacovigilance Systems in Swaziland to Improve Patient Safety and Treatment Outcomes
Economic Cost of Non-Adherence to TB Medicines Resulting from Stock-Outs and Loss to Follow-Up in the Philippines→