Preparing for the National Campaign for Family Planning with OSPSANTE

The fertility rate in Mali is high, and the rate of contraceptive use has risen gradually since 1996, reaching just over 10% in 2013. Family planning is one of the essential components of reproductive and primary health care.

The US Agency for International Development (USAID)-funded Systems for Improved Access to Pharmaceuticals and Services (SIAPS) Program uses communication campaigns to promote modern methods of contraception in Mali. With support from SIAPS, essential logistics information was made available for the 12th national family planning campaign. OSPSANTE, the tracking tool for health products, has also played a major role in this effort. 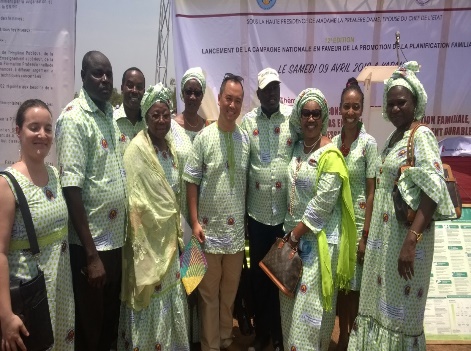 Celebrating the launch of the 12th family planning campaign in Karan, April 9, 2016.

National authorities can now better prepare their campaigns and track their progress in providing corrective actions using accurate data, which allows them to improve the availability, management, and use of contraceptives in Mali.

The availability of comprehensive logistics data on contraceptives has been a major challenge in Mali. The family planning campaign, which was organized by the National Commission with technical assistance from SIAPS and led by the National Health Directorate with support from the Directorate of Pharmacy and Medicines, is addressing this challenge.

This year, national campaign organizers used data generated by OSPSANTE to make informed decisions on the allocation and replenishment of products in warehouses and to evaluate inventory levels. For this campaign, OSPSANTE made it possible to obtain, aggregate, and analyze data from 1,185 facilities, including 1,131 health facility providers of family planning services and products, 48 district warehouses, and 5 regional warehouses and the central medical store of Pharmacie Populaire du Mali.

Before the Campaign
Data from OSPSANTE allowed health authorities to determine the national stock status of contraceptives and to know in advance the areas where contraceptives were at risk of stock-outs and where stock-outs had already occurred (28%), which enabled stock to be replenished before the launch of the campaign.

Comparison of the monthly consumption of contraceptives from March to April 2016.

During the Campaign
OSPSANTE data allowed authorities to predict unusual consumption patterns of certain contraceptives. The National Director of Health was therefore able to take timely corrective actions and request assistance from other regions to replenish its warehouses. 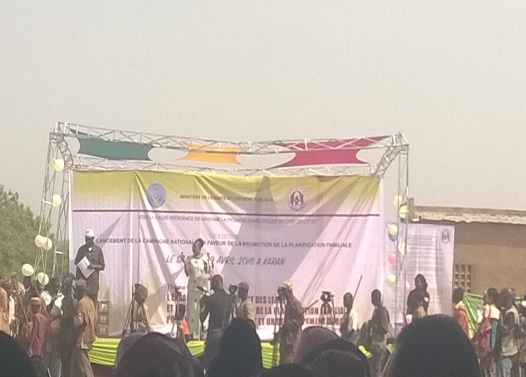 Raising awareness of the importance of contraception during the 12th family planning campaign.

OSPSANTE is an early warning system that collects information and generates monthly logistics management information system reports. These reports indicate the amount of stock that is available, the geographic distribution of contraceptives, their consumption in storage units, and stock-outs throughout the Malian public sector from low to central levels.

Reliable information determines the success of an effective family planning campaign to raise awareness and create a positive environment in which women are encouraged to use modern methods to meet their reproductive health care needs. It is clear that the combination of SIAPS support and the OPSANTE tool played a significant role in establishing better pharmaceutical governance and preventing stock-outs of contraceptives in Mali.