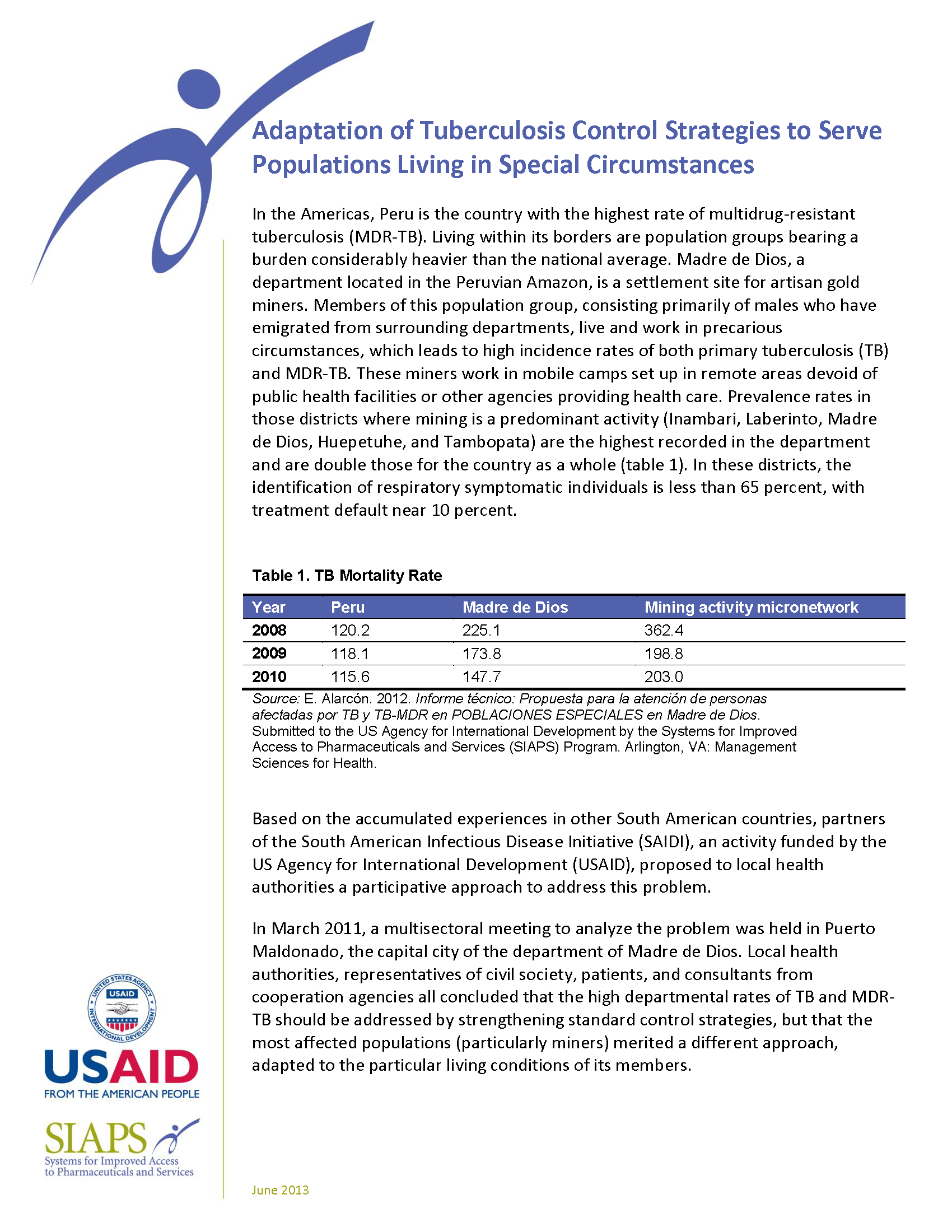 Madre de Dios, a department located in the Peruvian Amazon, is a settlement site for artisan gold miners. Members of this population group, consisting primarily of males who have emigrated from surrounding departments, live and work in precarious circumstances, which leads to high incidence rates of both primary tuberculosis (TB) and MDR-TB.

The state of tuberculosis (TB) is in a tug-of-war as current challenges threaten to undo past successes. One of the primary hurdles currently facing TB prevention and cure is the emergence of strains that are resistant to at least two of the most effective medicines (rifampicin and isoniazid). So-called drug-resistant (DR)-TB arises when patients are … Read more

“If we don’t have drugs, we don’t have programs,” Dr. Angélica Salomão of the World Health Organization Africa Region said, summing up the motivation behind the 2nd Africa TB Regional Conference on Management of TB Medicines. From December 5-7, 2012 representatives from the World Health Organization (WHO), National Tuberculosis Programs (NTP), global TB partners and … Read more