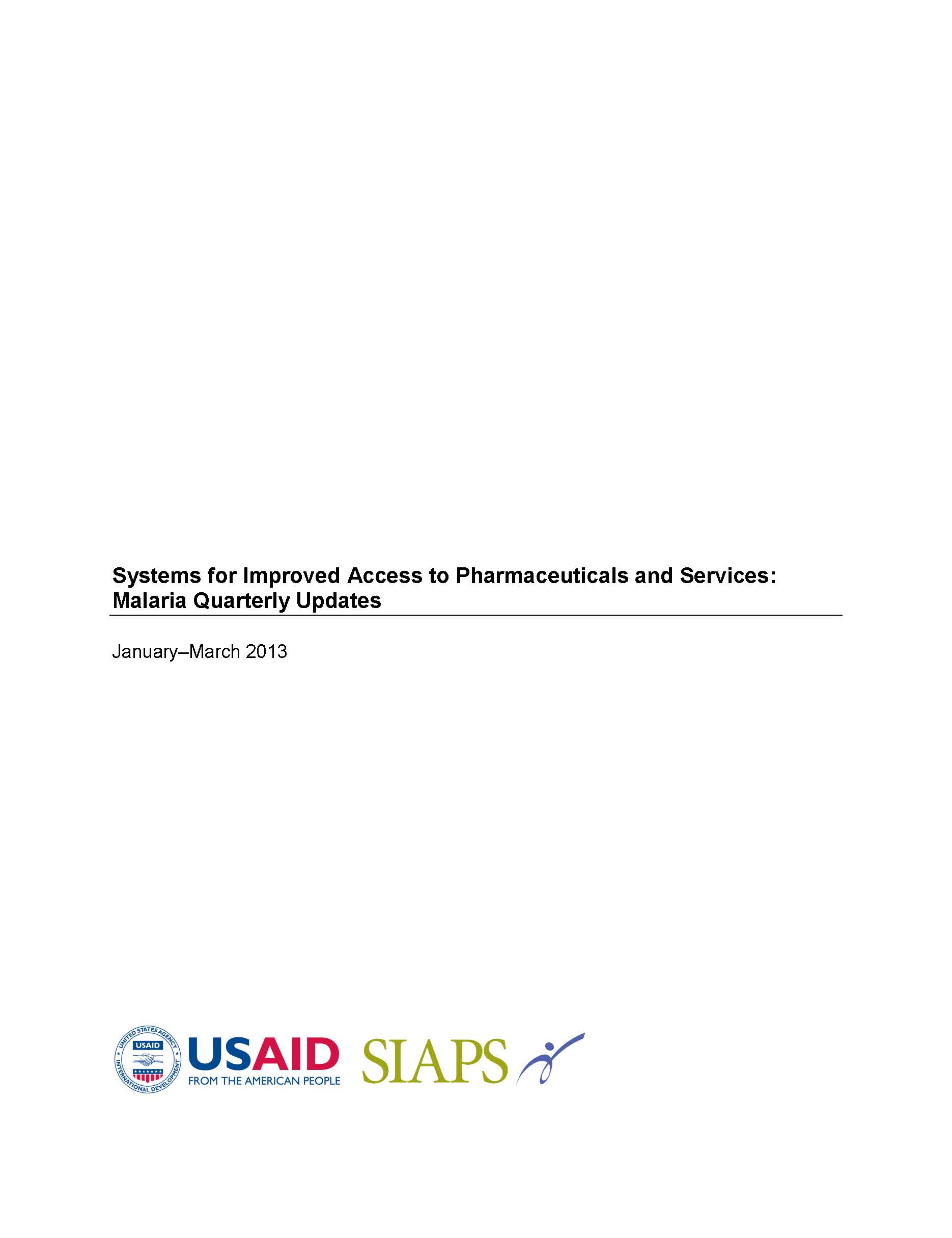 This report briefly describes the major activities that SIAPS carried out at the global level as well as in Angola, Burundi, the Democratic Republic of the Congo, Ethiopia, Guinea, Liberia, Mali, and South Sudan between January and March 2013.