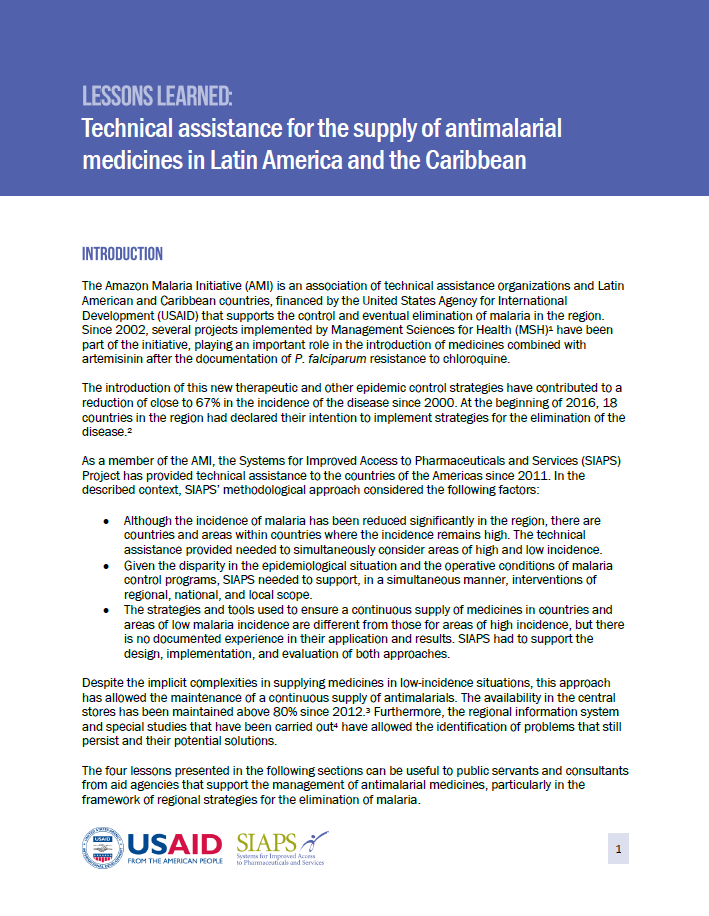 The Amazon Malaria Initiative (AMI) is an association of technical assistance organizations and Latin American and Caribbean countries, financed by the United States Agency for International Development (USAID) that supports the control and eventual elimination of malaria in the region. Since 2002, several projects implemented by Management Sciences for Health (MSH) have been part of the initiative, playing an important role in the introduction of medicines combined with artemisinin after the documentation of P. falciparum resistance to chloroquine.

The introduction of this new therapeutic and other epidemic control strategies have contributed to a reduction of close to 67% in the incidence of the disease since 2000. At the beginning of 2016, 18 countries in the region had declared their intention to implement strategies for the elimination of the disease.