Mali faces difficulty in ensuring the availability of HIV and AIDS medicines and supplies. Inadequate tools for quantifying the needs for medicines, poor donor coordination around the national HIV commodities forecasting, and an inadequate supply plan has affected not only the consensus on quantification results of HIV and AIDS commodities, but also the very commitment … Read more

On April 24, 2015, the first class of students graduated from the B.Pharm program at the University of Namibia (UNAM)–the first and only pharmacy degree program in the country. With the help of the USAID-funded SIAPS program, the Namibian Ministry of Health and Human Services was able to conceive, establish, and encourage enrollment in the B.Pharm … Read more

By Hailu Tadeg, Getachew Ayalew and Merresa Weldegebriel St. Mary’s Hospital: A Modern Hospital in an Ancient City St. Mary’s Hospital is located in one of Ethiopia’s most historic cities—Axum. Sitting at the base of the northern mountains of Ethiopia, Axum—capital of the Aksumite Empire—is one of the oldest continuously inhabited places in Africa. Today, … Read more 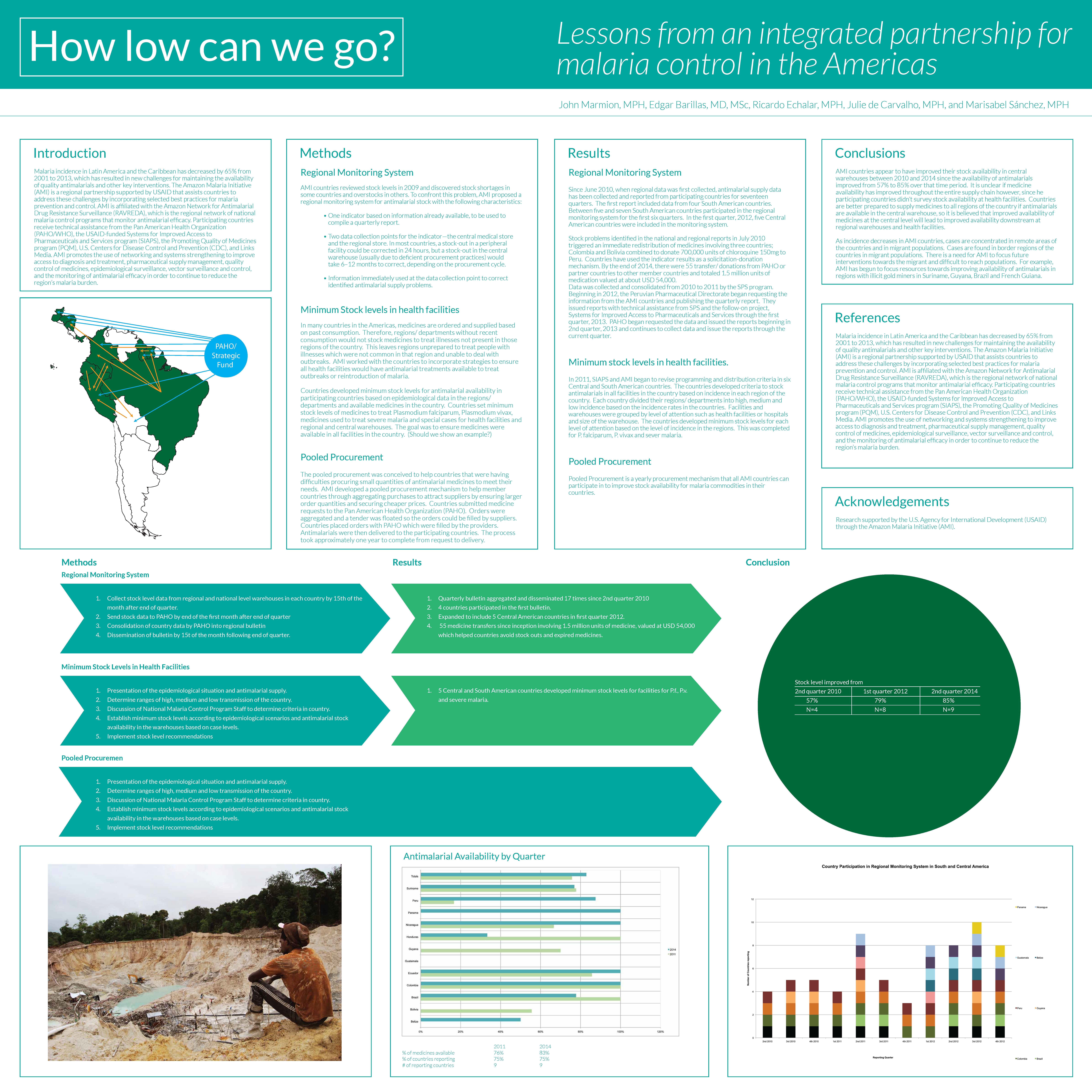 Malaria incidence in Latin America and the Caribbean has decreased by 65% from 2001 to 2013, which has resulted in new challenges for maintaining the availability of quality antimalarials and other key interventions. The Amazon Malaria Initiative (AMI) is a regional partnership supported by USAID that assists countries to address these challenges by incorporating selected … Read more

By Luciana Maxim, SIAPS Technical Consultant; Marie Paule Fargier, SIAPS Country Project Director; and Serigne Diagne, SIAPS Project Director Prior to 2013, Guinea’s public health facilities faced prolonged stock-outs of antimalarial medicines and health commodities. This was due in part to a shortage of products in the country, but also resulted from substandard reporting of … Read more

Many health facilities and county-level stores in South Sudan are practically overflowing with medicines. For a young country plagued by political instability and insufficient health care infrastructure, an abundance of medical supplies may seem to be an advantage. Instead, the situation holds the potential for a public health catastrophe:  many of these medicines are expired … Read more