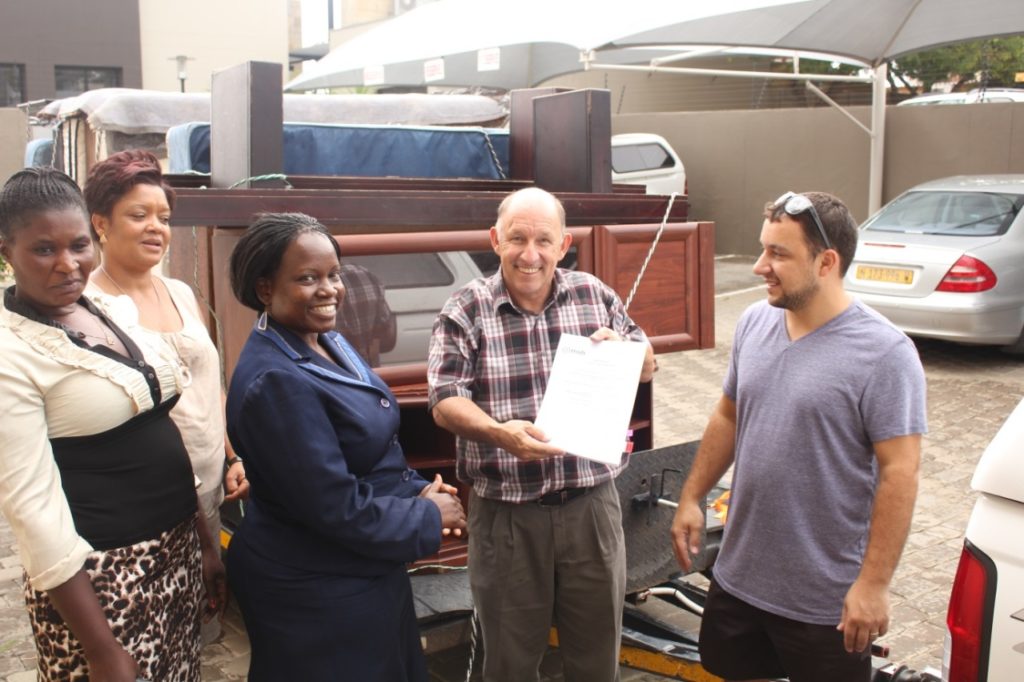 The CFC is involved in ministry, education, and support to homeless Namibians. The USAID mission in Namibia selected it as a recipient of the donation. SIAPS transferred nine computers with monitors and keyboards, two white boards, three lounge suites, and household items and furniture to the organization, which in turn distributed the items to five beneficiaries in Rundu and Windhoek.

The overseer of the Mahahe Mission Station in Rundu, Pastor Hugo Truter, received the white boards, two cabinets, a lounge suite, and other items. The mission, which depends on private charity, runs a preprimary school for 45 children from Mahahe and its neighboring villages. 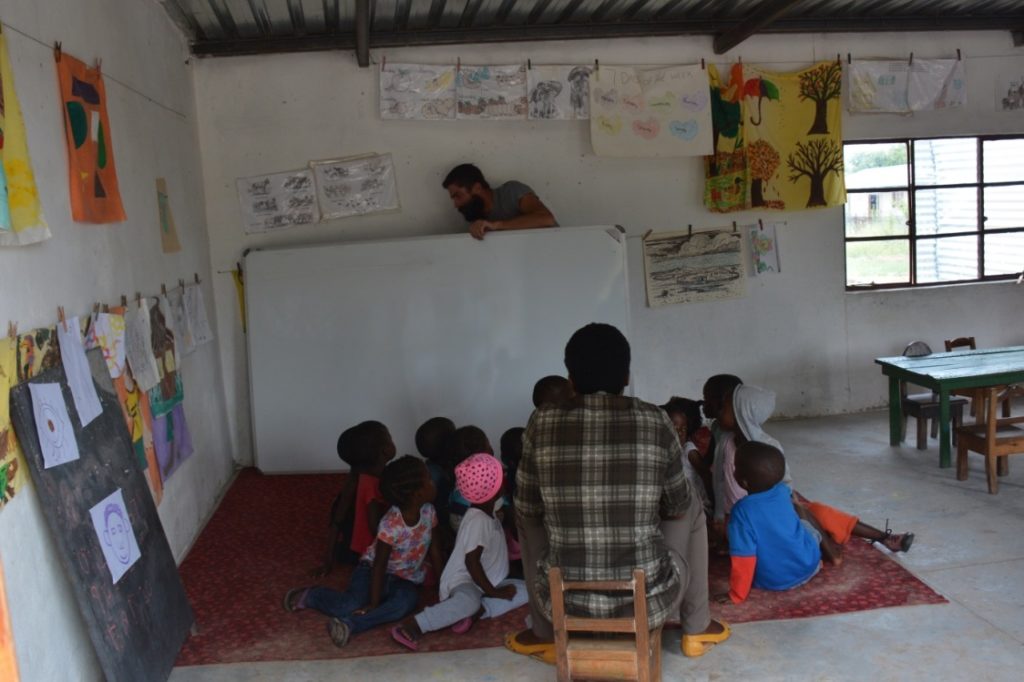 Preprimary school children and their teacher, Venancia Makele (seated on the chair), watch as Hugo Truter, the Overseer of the Mahahe Mission Station in Rundu, mounts a white board in their classroom. The board was among the  items SIAPS transferred to the CFC on January 26, 2017. Photo credit: CFC staff, Namibia

Truter expressed thanks for the white boards, which will be used for classroom writing exercises. He said that the CFC would use the household items to support elderly people who live at the mission.

← SIAPS Voices: A new push to improve access to lifesaving medicines for RMNCH
Using the Electronic Dispensing Tool to Retain Patients on Antiretroviral Therapy in Namibia →